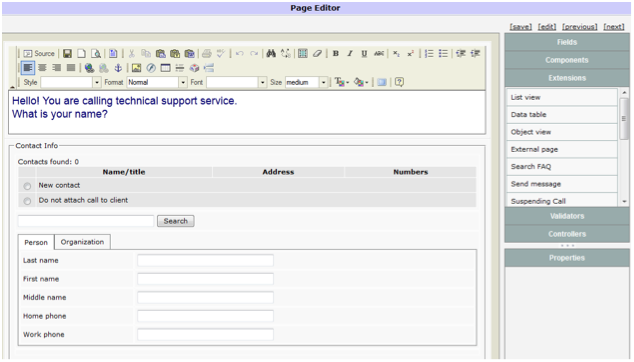 Script presentation for the operator 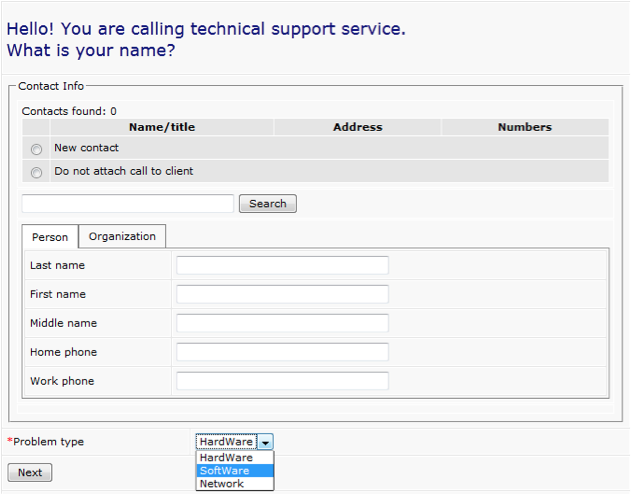 Rules for switching between forms 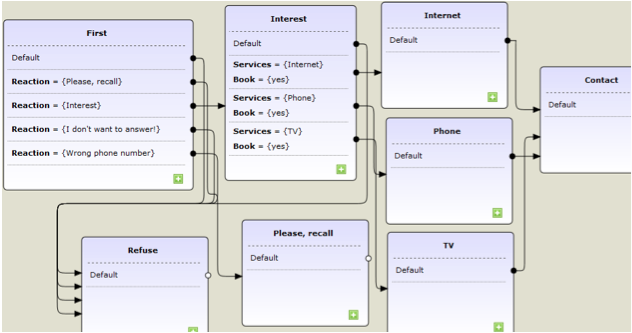 Single operator workplace due to integration with internal systems 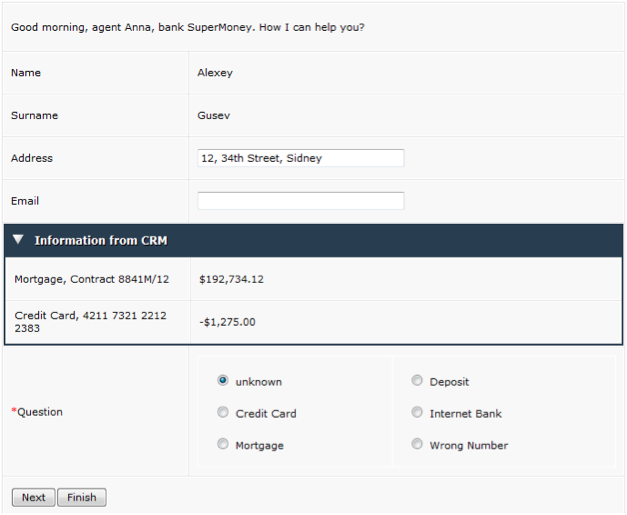 Using standard widgets the agents had the ability to send commercial offers during phone conversations. This confirmed a well-known statistic claiming that sending advertising materials directly after (or during) the conversation increases the conversion rate.

All incoming calls are categorized, while the dynamics of calls in each topic are analyzed. Supervisors run efficient analyses on that information.

When wide-spread problems are discovered in the network, supervisors quickly alter the conversation scripts. Afterwards, agents do not waste time clarifying or finding the problem and at the first sign report that a problem has been found, offering information about the planned timetable for fixing it.

Moldtelecom is the largest telecoms provider in the Republic of Moldova. The majority of its users utilize its TV service, while access to broadband internet for individuals and companies is actively expanding.

The agent script for those agents working the first line has the necessary user identification added automatically via ANI and/or manually by the contract number. Information is displayed for that client from the CRM, service desk, and billing systems. When a call is received the operator immediately sees the client’s combined information: service statuses, balance, recent payments, open client incidents, and wide-spread problems. Information on channels (e-mail, voice) to contact the client is also available in the script.

When transferring a call to the second line, information about the user is transferred along with the call so there is no need to repeat the details of the problem.

Approximately 150 projects are simultaneously ongoing in the outsourcing call center, while 2-3 new projects begin every month. Uniform scripts are used for all projects, simplify operator training and their transfer between projects.

Costs of
Noda's Licenses
Simply, conveniently, and quickly calculate the cost of Noda Contact Center licenses
Calculate...
Get a 60% discount on the licenses
Migration to the Noda Contact Center platform comes with a 60% discount on the licenses
Send Request
Send Request
Become a
Partner
We are currently looking for partners in the Asia-Pacific region
Contact Noda today